The heart of King Richard I

After King Richard III's skeleton and King Richard II's skull I began to wonder when a body part of King Richard I would put in an appearance, and now it has. It is his heart - appropriately enough for the Lionheart. 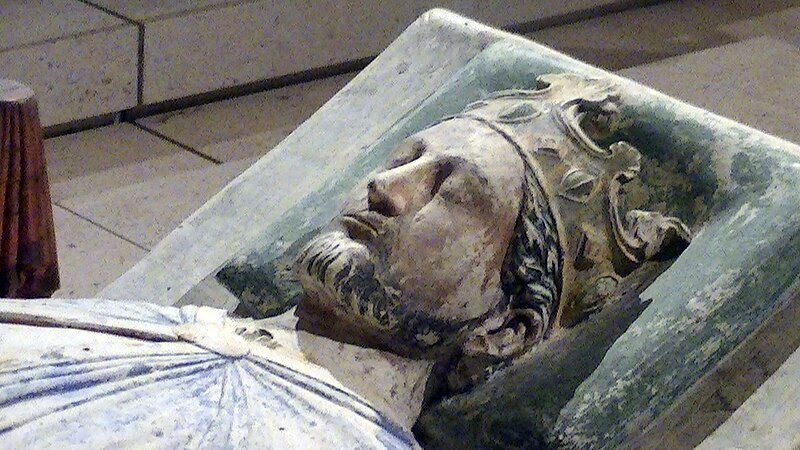 King Richard I
Effigy at Fontevrault where his body was buried
Image: Wikimedia
French scientists have revealed the results of a nine-month study on the heart of King Richard I.
The  heart was rediscovered in a lead box beneath the choir in Rouen cathedral in 1838. It now consists of granules, a few of which have  been analysed using the latest forensic techniques. These confirmed the date, matching the date of the King's death on April 6  1199.

There is are illustrated online reports on the investigation here and another, from the BBC, here. This has a link to a more specialised scientific paper The embalmed heart of Richard the Lionheart (1199 A.D.): a biological and anthropological analysis. 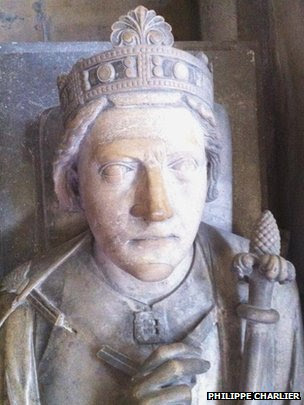 The effigy of King Richard I designed to mark his heart burial in  Rouen Cathedral
This effigy is much less well known than that at Fontevrault
Image: Philippe Charlier/BBC 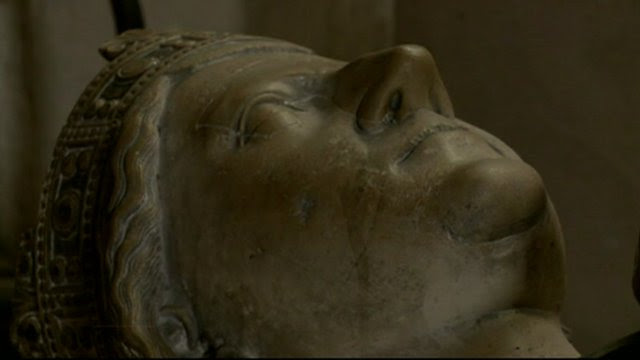 Detail of the effigy of  King Richard I in Rouen Cathedral
Unlike the tomb effigy at Fontevrault this shows the King as clean shaven
Image: BBC