The Annunciation by Robert Campin


Today is the transferred Feast of the Annunciation to Our Lady, and not only a cause of great joy to her and all mankind, but also, apart from the Crucifixion, and then the Nativity of Our Lord and depictions of the Virgin and Child, probably the most widely depicted scene in Christian art.

Many are in the tradition of Fra Angelico's delcate and lyrical meetings of Virgin and Archangel. Others from northern artists of the later middle ages include fascinating glimpses of contemporary life as in the works of Robert Campin (active by 1406, died 1444). There is for example his Merode triptych of 1427-32, now in the Metropolitan Museum in New York, and about which there is more information here: 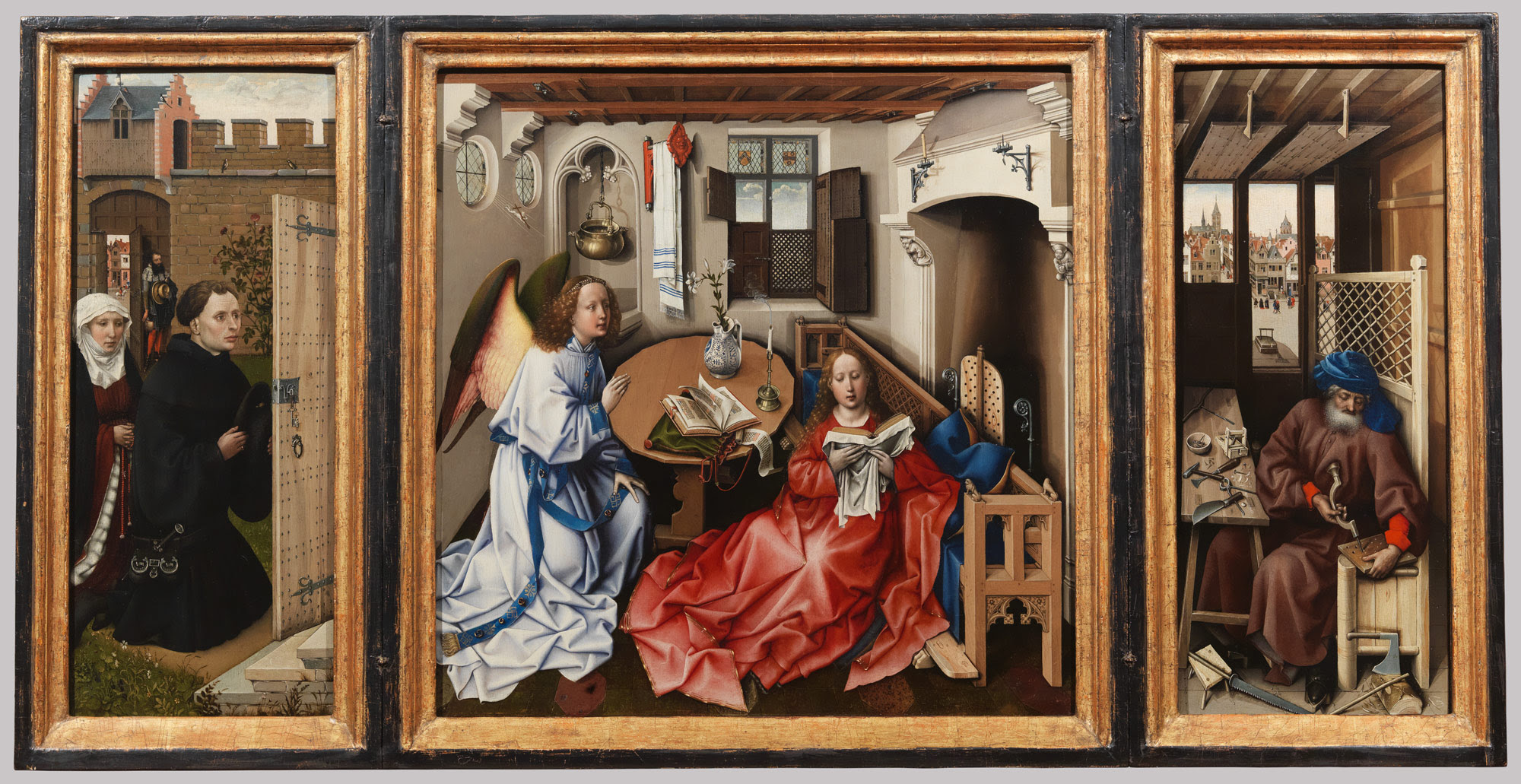 Image; Metropolitan Museum of Art
In the Prado in Madrid is another Campin depiction of the Annunciation. The first picture I found of it was this:

Image: friendsofart.net
- which appears well enough until I found another, taken in December last year, which suggests arecent cleaning to reveal the full splendour of the original composition, dated to 1419-20: 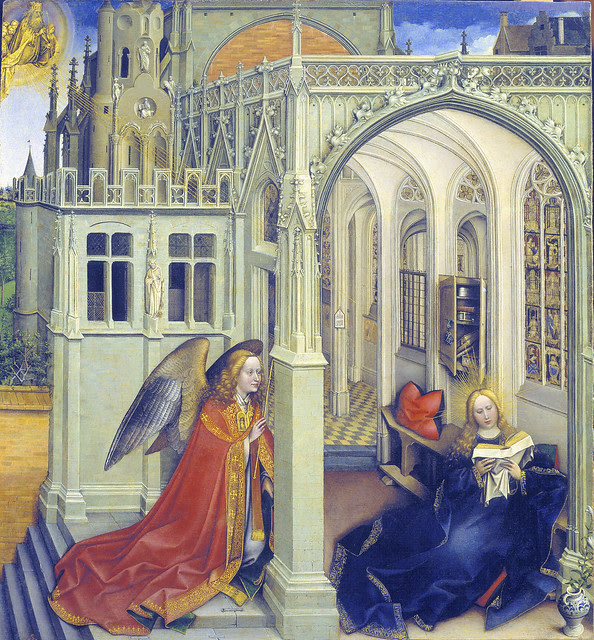 Image: petrus agricola on Flickr
What strikes me about this is partly the detailed rendition of the architecture - an interesting contemporary view of the church buildings around the artist. I assume it is meant to represent the temple and the idea of ther Bleesed Virgin vowed to God and resident in the Temple, as in the feast of the Presentation of Our Lady. The Archangel is suitably coped and vested for his important mission and looks with excited anticipation towards the studious Virgin.

A related subject by Campin, amd also in the Prado is this painting of the betrothal of the Virgin: 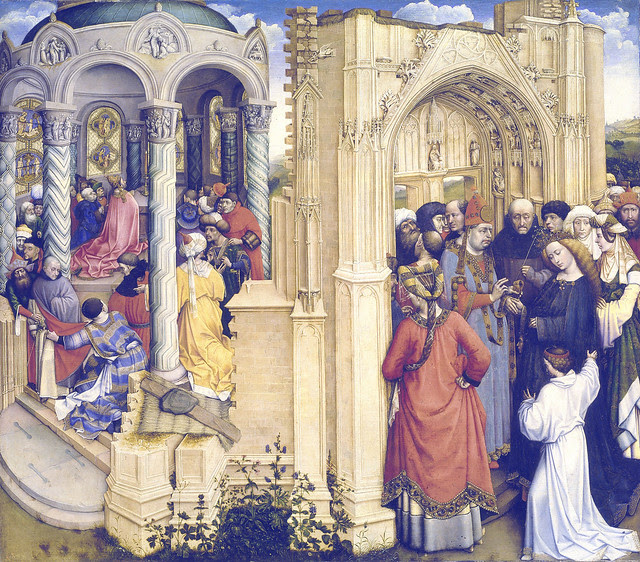 Two scenes are represented in this work. On the left, in a circular, Romanesque interior covered with a dome, we see The Miracle of the Flowered Staff, which designated Joseph as the husband of Mary. In the building's stained-glass windows, capitals and tympana are scenes from the Old Testament that foreshadow or announce others from the New Testament, such as the sacrifice of Isaac, which prefigures the Redemption of Christ.

On the right is a depiction of the betrothal of Mary and Joseph under a gothic portico, announcing the imminent arrival of the New Law.

Amongst Campin's pupils was Rogier van der Weyden, who also depicted the Annunciation in contemporary domestic settings as here: