Today is the feast of St Agnes, Virgin and Martyr.

Here are some of the more striking images of her from those posted by John Dillon on the Medieval Religion discussion group: St Agnes  depicted (bottom register, at far right) by Duccio di Buoninsegna in his early fourteenth-century Maestà (between 1308 and 1311) for the cathedral of Siena St Agnes at left; at right, St. Ambrose of Milan by Simone Martini in a predella panel of his earlier fourteenth-century Polyptych of Santa Caterina (commissioned, 1319) in the Museo nazionale di San Matteo in Pisa
http://tinyurl.com/jsvpdyw


St Agnes depicted in the earlier fourteenth-century East Window (ca. 1320) in the church of the former Cistercian abbey of Heiligkreuztal near Riedlingen (Lkr. Biberach) in Baden-Württemberg: 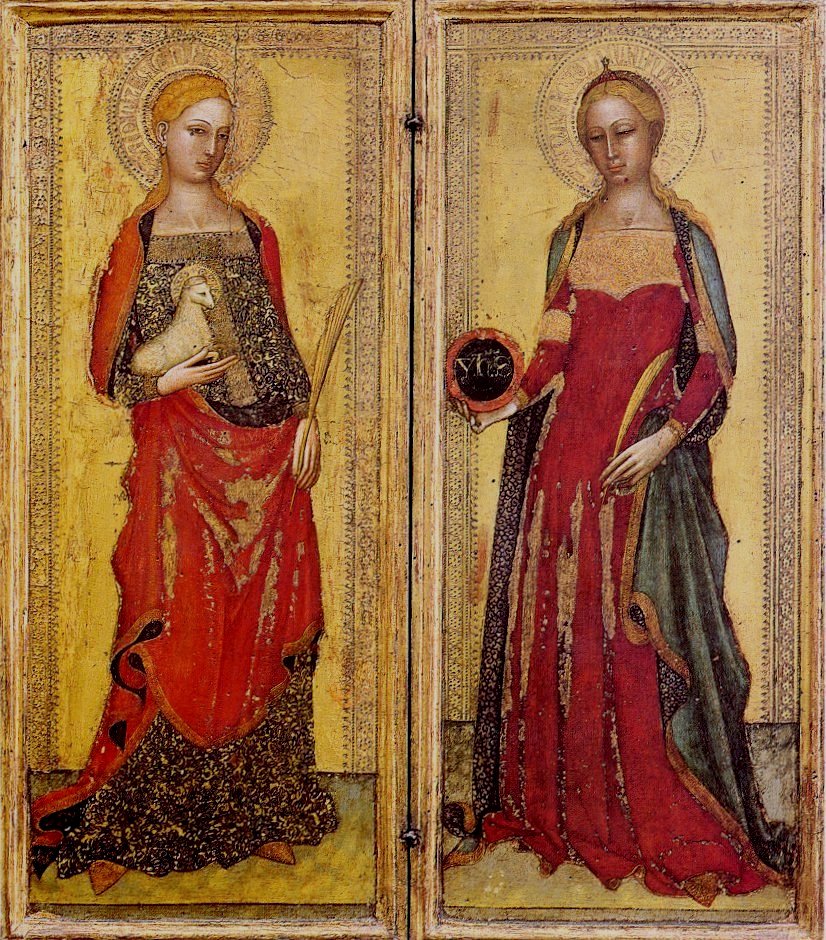 St Agnes at left with at right, St. Domitilla by Andrea di Bonaiuto in a later fourteenth-century diptych (c. 1365-1370) in the Galleria dell'Accademia, Florence An earlier sixteenth-century silver and silver gilt reliquary statue (c. 1520-1525) in the treasury of the St.-Paulus-Dom in Münster
http://tinyurl.com/lyfqkf4