There is an interesting and informative report in The Guardian today of a discovery of an early Christian Anglo-Saxon burial containing the grave with body of young woman on a bed with an ornate gold and garnet cross at Trumpington on the outskirts of Cambridge. The illustrated article can he read here.

The cross is similar to the finds at Sutton Hoo and also to such pieces as the Burton Pidsea Cross which can see seen in the Ashmolean Museum here in Oxford. 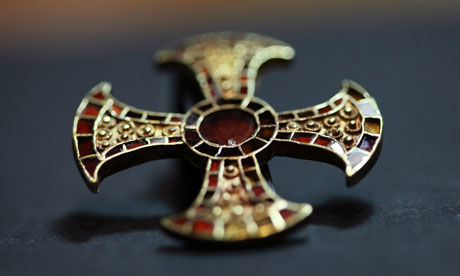 The gold cross found in the grave of the young Anglo-Saxon woman.