Robert Hardy at the Oxford Union

Last night the guest speaker at the Oxford Union was the actor Robert Hardy, who spoke about his career from acting as an undergraduate at Magdalen through to his extensive career on television and in film. He also spoke about his interest in the history of medieval warfare, a subject to which he has contributed published work on the longbow, and such enterprises as the raising of the Mary Rose.

His interest in medieval combat developed from playing King Henry V in Shakespeare's history plays, most famously in the 1960 BBC television series An Age of Kings. This was the first major television presentation of Shakespeare's history plays as a cycle, and had a cast of great distinction. Many of the images it created remain vivid in the memory of those of us who saw it. It is now available on DVD. 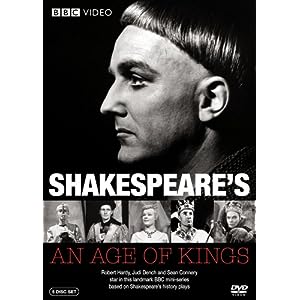